United Motors increases the rate of Bravo by PKR 30,000

United Motors increases the rate of Bravo by PKR 30,000

United Motors Limited is the second automaker to revise the price of its product after the implementation of FED by the Federal Government. The company has increased the rate of its 800cc hatchback Bravo by PKR 30,000 and the new price is PKR 925,000.

In the circular which the company sent to its dealers across Pakistan, it is mentioned that in the backdrop of recent Federal Budget, the Government of Pakistan has imposed Federal Excise Duty of 2.5% on 800cc cars that’s why the company is forced to make changes in the prices of its car. See the circular below: 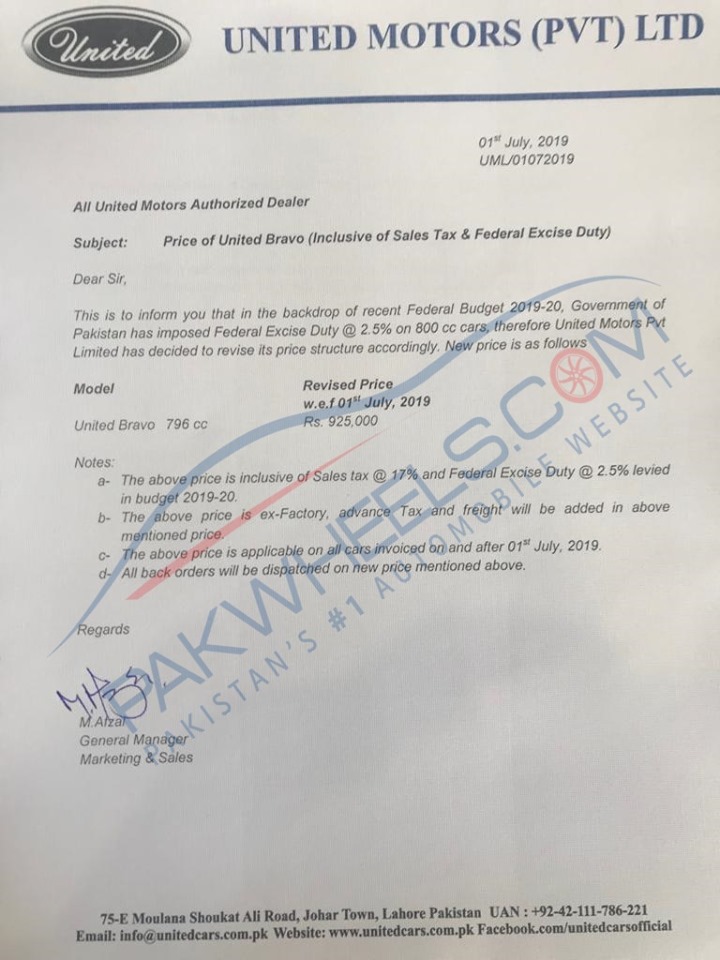 The Government of Pakistan in Budget 2019-20 has put FED on cars. All the local cars will now come at the cost of some amount of FED, which is categorized into three slabs as follows: